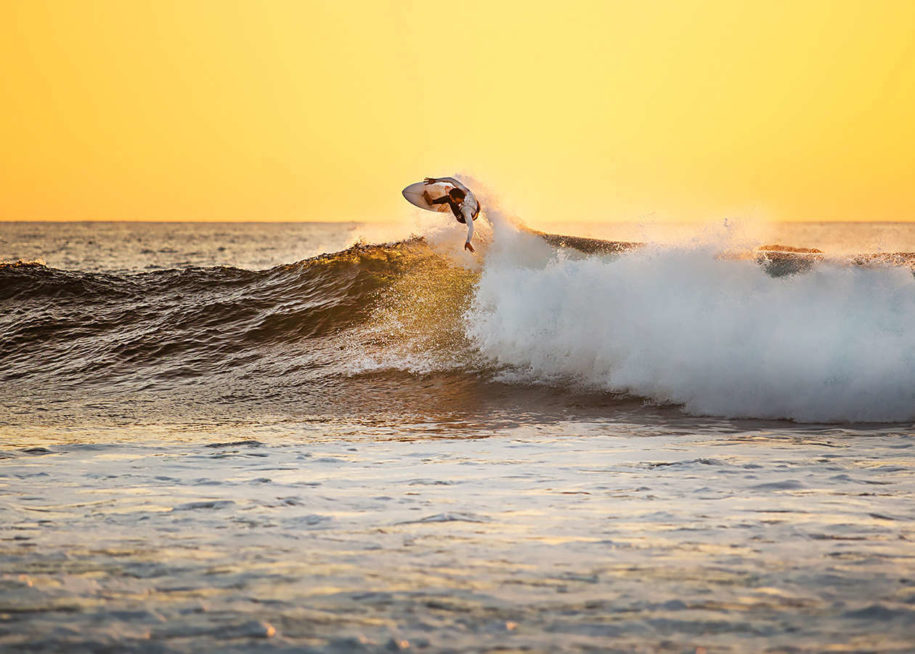 Surfing in Tenerife is one of the best ways to feel the energy of a firing volcanic island rising out in the middle of the Atlantic ocean. The power which comes out of it is definitely what makes Tenerife such an incredible island to surf. With an yearly average temperature of 20°C and lots of surf spots for beginners and experts on both shores, the island has been converted into one of the best surfing destinations of the Canarian Archipelago.

Although the great variety of natural environments and different microclimates created by the snow-capped Pico del Teide make kitesurfing and windsurfing in Tenerife the perfect sports to practice on the island, Tenerife is best renowned for wave surfing. Its geolocation contributes to the generation of waves all year long, with huge swells hitting the North shore during the winter and the South shore during the summer.

The wild and local north side of the island offers both solid reef and beach breaks, some of them breaking for more than 200 meters. Bajamar, in the North East, is one the most famous spots for surfing in Tenerife. A beautiful walk down through an off-road path leads you directly to a dark sand beach with a large left-hander in the front and a slowly rolling right-hander wave breaking on the right side of the bay. The green mountain surrounding might let you think that instead of surfing in Tenerife you’re actually hitting the Hawaiian coastline. Just a Few kilometers far West, the beach brake of Almáciga sets itself as the best way to end the rural zone of Anaga. 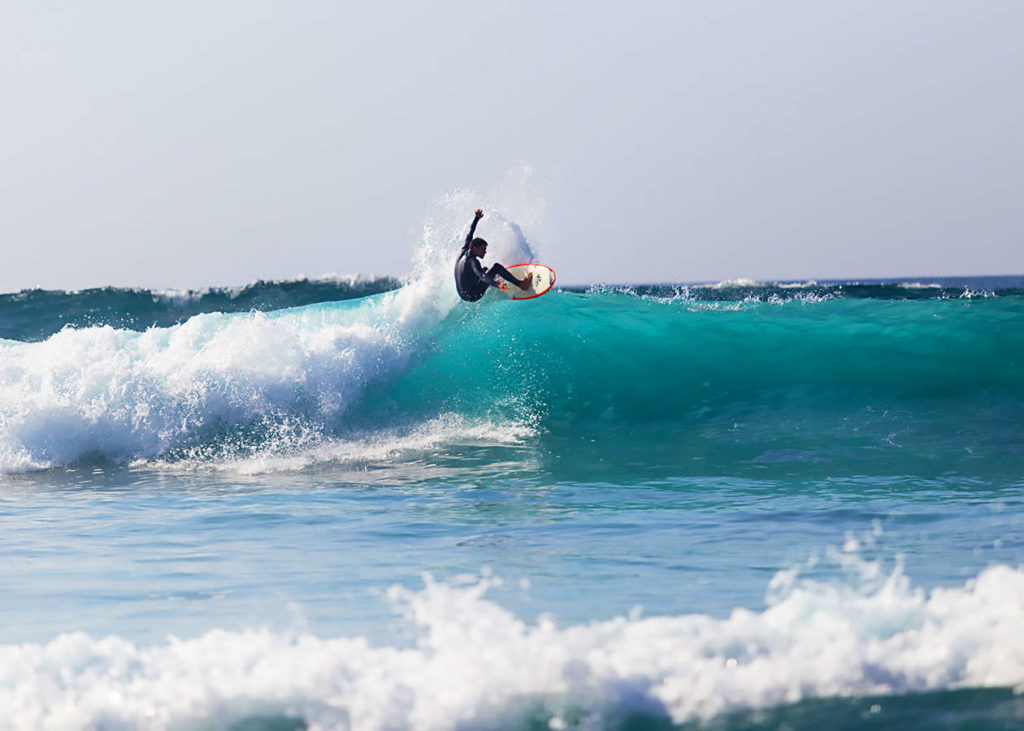 Apart from being a must see, the surf spots in Tenerife located in the north of the island are recommended for advanced surfers, especially in the winter. Further to the south, the touristic area of Playa de Las Américas shows the highest number of surf spots in Tenerife for beginners, right next to the famous advanced spots of the spanish left and la derecha del conquistador. Playa de las Américas is the place to be for those who wish to spend their surfing holidays in Tenerife. With 8 surf spots for all levels in the range of a couple of kilometers, it is the closest option for those who want to stay and surf in Costa Adeje, where most of surf camps in Tenerife are located. Playa de las Américas has the highest number of surf schools, surf shops and surf bars in Tenerife. Also our new Surf Life Tenerife surf school is located 100 meters away from the beach where we usually go surfing, which wave works both in the summer and in the winter. 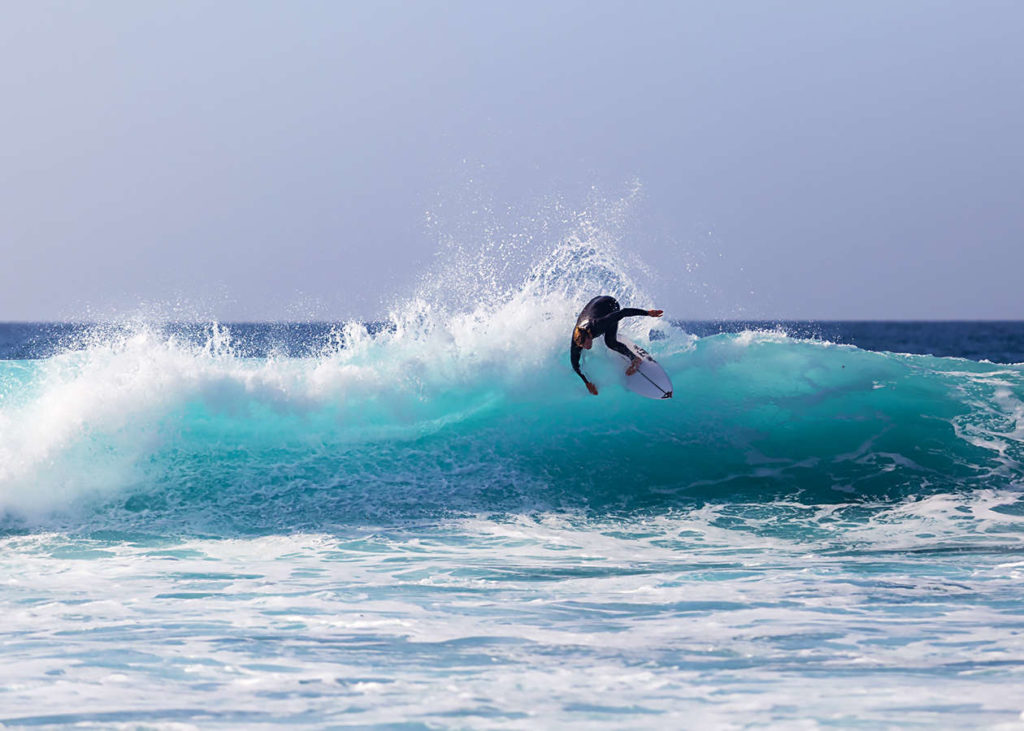 In the South West coast, a bit further from the crowded Las Américas, the local fisherman town of La Caleta offers the surfing break called El Cabezo, a powerful wave breaking onto a rock bank, recommended just for bodyboarders looking for a huge adrenaline injection!

With its warm weather and warm water all year around and wide range of surf spots for beginners and advanced, surfing in Tenerife is definitely a recommended activity for all levels. Our Surf Life surf camp and surf school in Tenerife aims to connect people from all over the world and share this big passion together.

At Surf Life Tenerife you will find a team of professional and passionate lovers of the ocean open to share this amazing world with you. You can contact us through whatsapp, email or with our contact form at surflifetenerife.com.

If we don’t reply immediately, give us some time! We might be sharing our love for the water with our students.