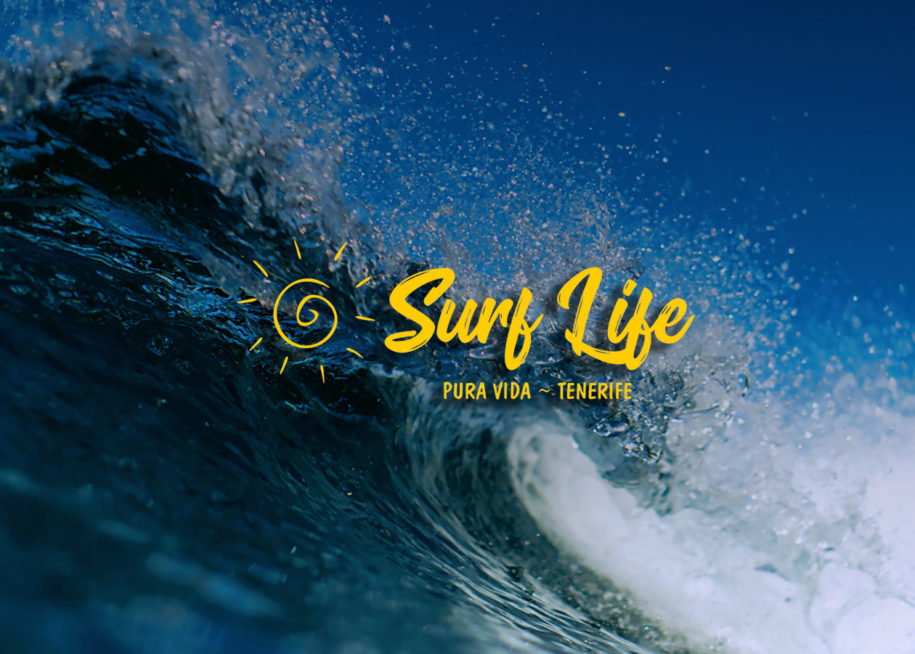 All day in the office, sitting at your desk, dreaming about perfect surfing waves. You hide from your boss, checking the first surfing forecast app you found on the web. From 1.5 to 1.7 meters high surfing waves are expected tomorrow. You suddenly remember you always dreamt about being an actor when you were a child. So here you go. You start coughing and tell your colleagues you feel super sick. You even set up a dramatic run to the bathroom and leave all the papers flying around on your desk (at least that was what I did!). You get what you want: Tomorrow you have a day off! Alarm at 6 o’clock, you drive all the way to the beach, sometimes pretty far from home. You arrive at first light and… tac! Surprise! Really choppy small surfing waves that have nothing to do with the forecast. My friend, surfing is an art, but surfing forecast is a science. And you definitely need to know how to read it. That’s why I am here with you today. But let’s start from the beginning.

What is a wave

You stand on a pier or on the beach, by looking at the ocean you have the impression of a wall of water moving towards your direction. Man, that’s an amazing view. But actually it is not what it looks like. Although the wave is moving towards your direction, the water is not. The wave is moving through the water, leaving the water where it is. Yes, we can be really philosophical about it. When we surf, we’re getting hitchhike from an amount of energy moving through the water. But where does this energy come from?

The most interesting factor that generates surfing rideable waves is the wind. When the wind blows on the water surface it creates small waves. So this amount of energy generated by the wind on the water will start travelling towards the direction in which the wind blows. This energy flow through the ocean is also called fetch. The longer and the stronger the wind blows, and the larger the area in which it blows, the bigger the waves will be. Here we get to define what is the swell, one of the main indicators of any surfing forecast app or website. Once this ocean swell passes through shallow water, it will be shaped into breaking surfing waves.

Now imagine yourself running and suddenly finding an obstacle. What are you gonna do? Jump over it. Well, guess now, what will the wave do when the sea bottom shoals?
As a wave moves into shallow water, it begins to slow and its height increases rapidly. The crest will start moving faster than the water below and it finally will fall forward. It basically jumps over the obstacle.

Let’s go straight to the point: it is clearly not the same if the obstacle is short or tall. Depending on the shape of the sea bottom we will have different kinds of waves: 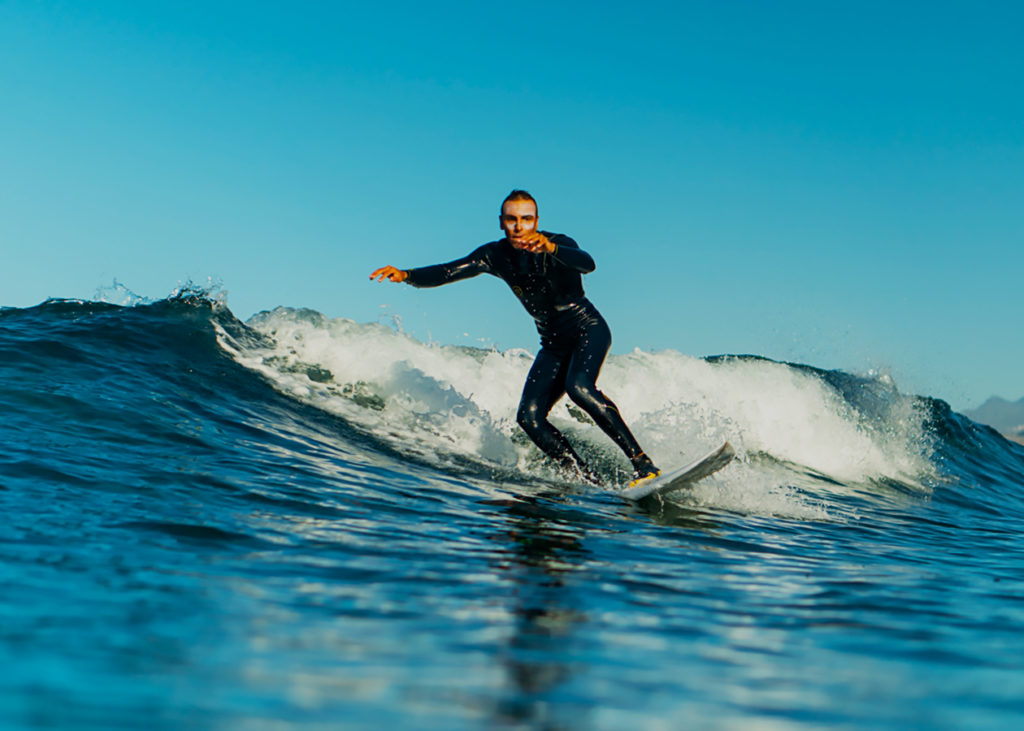 Instructor Antonio practicing on a small spilling wave in the spot called Piscina in Playa de Las Américas, 100 meters walking from Surf Life Tenerife Surf School. You can see that the top of the wave is not falling indepently onto the front, but is slowly sliding and spilling.
Credit @Maciej Salwa 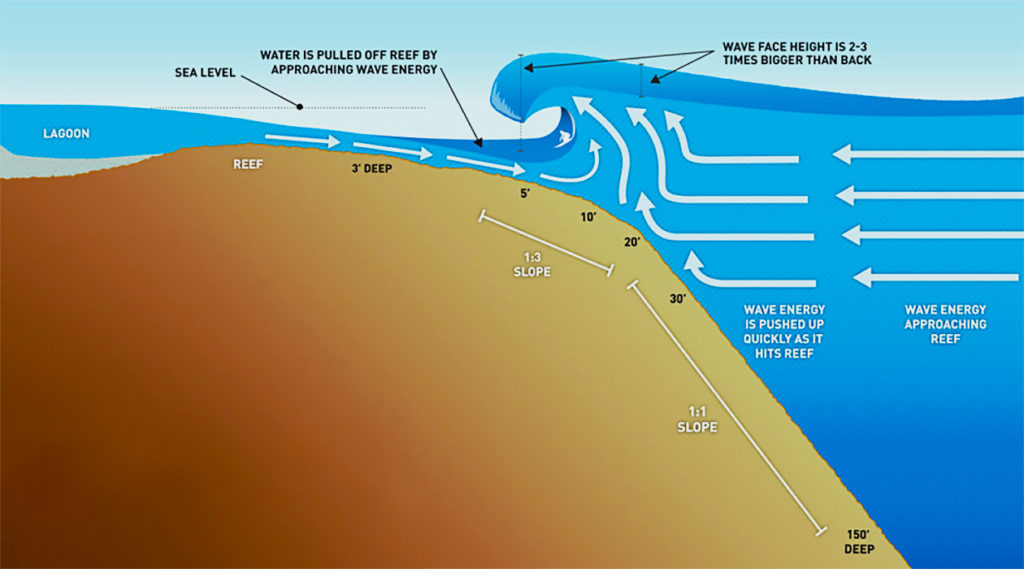 Teahupoo is the perfect example of a plunging wave. The steepness of the reef contributes to crest formation and the really fast energy release. This really good illustration is from Surfline.com, a reliable surfing forecast website and app. In the next video, coming directly from their youtube channel, you can better understand the mechanics of the wave.

So waves were all born equal, but their path ensures they won’t stay the same. As we have seen, depending on the sea bottom shape we have different kinds of surfing waves. And of course the sea bottom composition has a huge role in defining the kind of surf break. Here is a short explanation of the common types of breaks:

So far, the biggest surfing wave ever ridden was recorded in Nazaré, Praia do Norte, in Portugal. This spot presents a particular underwater canyon that in January 2018 generated a surfing wave reported up to 35 meters high.

Watch this video in order to have an insight into this wave’s origin.

Among all the big waves riders who were surfing the largest waves in the world, Garrett McNamara is the one who was first recorded on the biggest surfing wave in Nazaré in 2013. The possible height of the wave was estimated to be 95 ft (29 meters).

Don’t miss the next article if you want to know how to read the surf forecast depending on wind, tide and swell conditions.